Can Your Religion Save You?

We often mistake religion for faith and vice versa. Is there really a difference between the two? How can you tell your religion is your saving grace when you can’t even tolerate other people’s differences? Religion has sparked many controversies and wars over the centuries. Thousands, if not millions, have died in the name of the religions they professed. But what really is all the fuss with religion? Can it really save you from all your sins and guarantee your place in heaven? But then again, not all religions do believe in heaven. There are so many conflicting beliefs, indeed. No wonder people would die and kill for their religious beliefs. 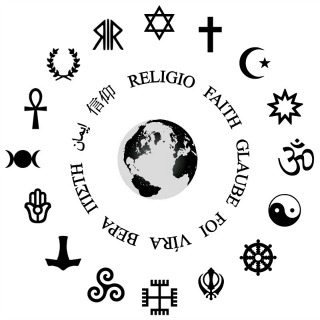 More often than not, you believe in a superior being regardless of your religion unless you’re an atheist, of course. You have this perception that your religion is also your salvation. But when you examine the gospel closely, it does not say anything about your religion being your saving grace. Only you are responsible for your own salvation and it has to do with your deeds while still a living and breathing soul. It is disheartening, though, to witness religion being used by radical individuals in spreading hate and divisiveness in modern society.

Just over half of Canadian respondents say they believe religion does more harm than good in the world, according to a new survey.

The Ipsos poll, conducted for Global News, showed that 51 per cent of respondents agreed with the above statement.

“There’s a lot that’s happening in the world right now in the name of religion,” Sean Simpson, vice-president of Ipsos Affairs, said. “Of course, ISIL being the primary example that’s using religion to justify what they’re doing.”

Simpson explained that the number is rising; when Ipsos asked the same question in 2011, 44 per cent of respondents agreed.

“But I think we hear about these incidents more often, not just because they may be happening more often but because of the information age.

These days, being religious do not necessarily mean being morally upright too. Not everyone who professes to be religious actually lead a decent and righteous life wherever you are in the world. Also, preachers don’t always practice what they preach. And despite the separation of the church and the state, the former still meddles with political affairs, thereby tarnishing the image of the church in the eyes of the public.

Today we see people looking for a savior in the form of religion. Many people flock to various religions thinking that they will give them peace of mind, stability, and long-lasting security. For some, they think religion will give them a good life after this life. Frankly, that's wrong.
There's no religion that can save anybody. There's only one name – Jesus Christ, the Son of God.

Again, your soul can’t be saved by just joining any religious sect or denomination. In the end, it’s what you believe in and how you choose to live your life that can determine whether you rot in hell or sing with the angels and the saints later in life. A religion as comprehensive as Islam has also been riddled with lots of controversies, often involving religious extremism and politics.

The Merriam-Webster dictionary defines religion as "an organized system of beliefs, ceremonies, and rules used to worship a god or a group of gods," or even simply, "an interest, a belief, or an activity that is very important to a person or group."

Following these definitions, anything can be a religion. Those who choose not to worship God or in another deity choose to worship their own thinking. No matter the religion or religious group, however, one thing is very clear:

Technology has drastically changed the world we now live in that we often lose sight of what’s important and what’s not. We often put more value on material things and make ourselves believe that by chanting prayers and going to church religiously can we be saved from eternal damnation. Reality check, salvation does not work that way. We get so engrossed in our fleeting life here on earth that we forget to invest in our eternal life by being a good person both inside out.

Remember that you will leave all your material possessions when you enter the afterlife, so reassess your views on religion and spirituality and find out where you are at this point in your life. Do you think you will be saved if you die this instant? If not, try to live your life as if each day is the last by becoming a good brother or sister to everyone around you without thinking of what you get in return.

The blog article Can Your Religion Save You? was originally published on https://www.nakedconversations.com

from
https://www.nakedconversations.com/can-your-religion-save-you/
Posted by Unknown at 17:48