The climate is a hot topic these days as global warming and climate change continues to have a major impact on everyone’s lives. From intensifying weather phenomena and drastic changes to the natural environment, the world that we know of is changing and we have no one else blame for it but ourselves. The US is a big and powerful nation. Whatever policy it adopts, especially one on a global scale, affects the whole world at large. And an environmental policy is something that is everyone’s business right now, what with global warming a reality that we now face and no longer just the threat that it used to be. 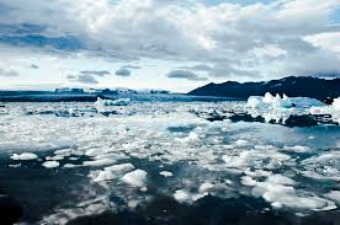 President Trump signed the US out of the Paris Climate Agreement along with Syria and Nicaragua because he personally thinks that climate change is merely a hoax and also because he believes the said agreement hurts many big US manufacturers. It’s a trying time, indeed, for everyone and we can expect to see major changes all over the country. Yet despite the president’s withdrawal on the said deal, many concerned US citizens rally together to protect the environment all by themselves.

The conference supported the Paris agreement, and according to preliminary results released Saturday morning from an ongoing nationwide survey, the vast majority of U.S. mayors want to work together and with the private sector to respond to climate change.

“There’s near unanimity in this conference that climate change is real and that humans contribute to it. There may be a little bit of a disagreement about how actually to deal with it,” said Landrieu, who will replace Oklahoma City Mayor Mick Cornett as conference president this weekend.

“If the federal government refuses to act or is just paralyzed, the cities themselves, through their mayors, are going to create a new national policy by the accumulation of our individual efforts,” he said.

US mayors convened in a recent conference and came to an agreement to work alongside the private sector in addressing crucial climate change issues that are being neglected by the federal government. Almost everyone in that conference agreed that climate change is a real threat and that we are all partly to blame for its very existence. It is everyone’s goal to work hard in creating a new environmental policy through the collective efforts of the various cities in the country to minimize the damage caused by major industries that President Trump oh so protect.

The project – aimed at keeping the island city dry amid rising seas – has received national attention, but Levine noted that not all communities can afford to fight climate change without state or federal funding.

A May survey of local sustainability efforts, conducted by the conference and the Center for Climate and Energy Solutions, initially only included 80 mayors who hold leadership positions within the conference. After Donald Trump pulled the US out of the Paris agreement, the survey was extended to all conference members and the mayors of about 1,400 cities with populations of 30,000 or more.

It’s not an easy task especially without the support of the national government but with everyone’s help, we can gradually make the necessary changes that the planet desperately needs. It includes a long list of changes such as energy efficiency programs, the use of renewable energy, and alternative transportation that uses less carbon. More and more cities tap renewable electricity and improve their existing energy policies in support of this cause because they are against the president’s decision to neglect the environment just like that.

from
https://www.nakedconversations.com/the-future-of-the-us-national-climate-policy/
Posted by Unknown at 16:23