Chronic Problems On Poverty And Inequality

Mankind has lived long enough on the planet but poverty and inequality remain to be chronic issues that affect every society, whether that of progressive nations but more so of struggling, developing third-world countries. The planet is naturally rich in different resources that can support the people living in it but the unequal distribution of resources is the main problem why some have too much while many have so little. It’s greed. That’s really the problem in today’s world. And it does not just happen on a personal level. Even powerful nations rob poorer countries of their natural resources without the citizens knowing, like in Africa. 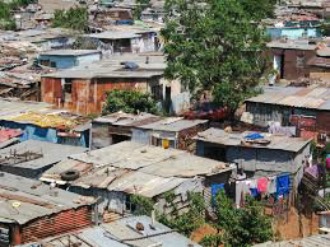 Poverty persists because leaders fail to allocate resources properly. It’s the reason why poor people die poor and the rich ones continue to become rich and pass on their wealth to their next of kin. A few hardworking and really talented people may break out of these stereotypes but the general economic structure remains set in stone. When we talk about inequality, it is not all about income gaps. There is also an ethical and social consideration to this lifelong dilemma. Too much poverty and inequality can lead to social chaos as people will distrust and fight one another over what limited resources they have.

If we can land a man on the moon, we can end poverty. The Jewish community has been grappling with the issue of the impoverished, the other, for thousands of years. We are taught that “There shall be no poor among you” and “Justice, justice you shall pursue.”

Communal service networks have helped knit together organized Jewish communities for generations. Our ancestors, whether escaping Russian pogroms or surviving Nazi death camps, came to the United States in conditions of abject poverty, carrying our legacies with them. Social service efforts have helped hundreds of thousands, if not millions, of our own.

If any community has the history to help launch a “moon landing” to defeat poverty, it is ours. We can’t do it alone, nor should we, but we can convene our neighbors, our friends, our hearts and our intentions to do something unprecedented. We can bring together the minds and the expertise to craft a comprehensive plan to end poverty as has never been done before. We can harness the minds, the will and the resources that resulted in “one giant leap for mankind,” thereby marshaling the tools needed to affect the lives of the poor in the most far-reaching and profound way imaginable.

The continued existence of poverty and inequality continues to puzzle many people because we have the resources around us but there are still people living in hunger while a few live in utter comfort. There are individuals without a house of their own, who lives off from begging on the streets and the generosity of others. Meanwhile, a few lucky ones get to travel the world in style and acquire all sorts of material wealth most people can only dream of.

For Trump, there apparently is no interest about income inequality per se. Instead, the attention may be on that original interpretation of forgotten people. The poll mentions

jobs — an absolutely vital part of any solution, of course. Taxes appear, although indications are that a focus on personal and corporate tax reduction and simplification won't necessarily help ease growing inequality. In addition, apparently repealing and replacing the Affordable Care Actis so monumental a task (after years of Republicans demanding a new plan but not developing one) that Trump said any tax changes would have to wait their turn.

In addition, there is no mention of racial strife, the problem of state violence at high rates against minorities, or the ruinous and unequal degree of incarceration. There's mention of education, but given Betsy DeVos's appointment as education secretary, it seems more likely to assume the emphasis will be on market competition as an answer. Unfortunately, vouchers are unlikely to be large enough to give poorer people access to good private schools, even if there were enough spots in such schools or they had been constructed near their communities.

Unfortunately, the Americans can’t expect to see these problems addressed anytime soon under the leadership of President Donald Trump who has lived in luxury almost all his life. He did not even identify these issues as a part of his priorities during the election, mostly focusing on external issues like defense and immigration policies.

Many internal issues that the country, or even the rest of the world, faces remain unanswered. Even access to education, which is a tool that poor children can use to uplift their lives, is out of their reach anymore. Federal funding has been significantly reduced not only on education and the arts but even of the EPA too. This apparent neglect will likely have lasting damage to the US because the sitting president does not see eye to eye with the rest of the country.

The following blog article Chronic Problems On Poverty And Inequality is republished from www.nakedconversations.com

from
https://www.nakedconversations.com/chronic-problems-on-poverty-and-inequality/
Posted by Unknown at 15:14